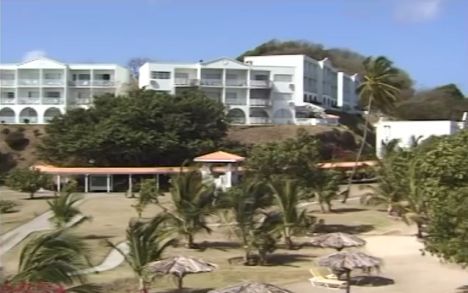 The Grenadian by Rex Resorts

ST GEORGE’S, Grenada — The owner of the Grenadian by Rex Resorts has rejected assertions made by Grenada’s prime minister, Dr Keith Mitchell, during an address to the nation on Thursday night.

“The prime minister’s comments on the Rex Grenadian are short on facts and long on self-serving talking points as he continues to look for justification to seize our fully operating resort,” a statement issued in response to Mitchell’s remarks said.

For some months the Grenada government has been seeking unilaterally to terminate a 99-year lease, which was signed in 1991, and thus effectively expropriate property occupied by the Grenadian hotel, which is leased and operated by a UK-based company.

According to Mitchell, the Rex Grenadian is “a poor representation of the Grenadian brand and its service continue to be complained about by locals and visitors alike. As a responsible government therefore and as a nation which counts the tourism industry as one of its largest, we are not to sit by idly and rely on false promises of hotel upgrades and service improvements. We will therefore be tireless in our efforts to see a better hotel product, regardless of who manages it.”

The resort immediately rejected Mitchell’s allegations: “Contrary to the prime minister’s claims, the Rex Grenadian is in full-compliance with every aspect of our 99-year lease agreement and has committed to making additional and substantial investments to further enhance the property’s appeal.”

The resort pointed out that the five-star level of service its guests receive has earned high-praise from the likes of TripAdvisor and even the Mitchell government itself.

“Our guests, many of whom return year-after-year to our unique property, rave about its beauty and the level of service provided by our locally trained staff. Rex Resorts takes great pride in our personnel and deeply values the relationships we have built with local suppliers over the past two decades.

“We are also very proud of our reputation as a welcoming and inclusive neighbour here on the island, as the Rex is one of only a few resorts that open its doors to Grenadians for numerous events each year – including our famous New Year’s Eve Celebration,” the resort said, adding, “Rex Resorts remains eager to put this matter behind us and make good on the investments we have committed to in the months ahead.”

Earlier this year a court in Grenada temporarily blocked the government’s attempt to seize land occupied by the Grenadian and the circumstances surrounding the government’s effort to enforce a compulsory purchase order in respect of the Rex Resorts property have raised a number of questions locally concerning ulterior motives on the part of the government.

According to local sources, a private Canadian company, Sunwing Travel Group, the largest integrated travel company in North America, which is partially owned by a German company (TUI Group) is working with the government of Grenada to seize the fully operating hotel.

If there is such an agreement in place with Sunwing, what does that agreement contain and what financial incentives, if any, have been offered by Sunwing or any other interested party to prompt Grenada government ministers to embark on such attempted seizure?

Secondly, the cash-strapped government, as the acquirer of land, would be responsible for fair compensation and, if it is successful in its expropriation, where is the money coming from?

The Grenada government has so far refused to address these issues except to make misleading claims that have immediately been debunked, a process that continued on Thursday night.

In the meantime, the Grenada government’s attack on foreign investment is not confined to the property leased and operated by Rex Resorts, contrary to the government’s claim that it wants to encourage such inward investment.

Last month, a request for arbitration was filed with the World Bank’s International Centre for Settlement of Investment Disputes (ICSID) by Grenada Private Power Limited (GPP), a 50 percent shareholder of Grenada Electricity Services Ltd (Grenlec), along with GPP’s parent company WRB Enterprises Inc. (WRB), to enforce the government of Grenada’s contractual obligation to repurchase the 50 percent Grenlec shareholding that the government previously sold to GPP.

In his address on Thursday night, Mitchell denied that the “government wants to get its hands on Grenlec”, claiming that his job is to manage the economy with “foresight, innovation and boldness”.

“We leave the job of managing such enterprises to investors both foreign and local who understand the Grenadian values of fairness service and quality. Rex Grenadian like WRB must first and foremost keep in mind the interest of the people in the market in which they operate,” he said.

In an earlier statement on the Grenlec issue on Monday, the Grenada government asserted that GPP/WRB are using Grenlec money to pay for international experts to help them in the dispute between two shareholders.

GPP/WRB could not be reached for comment following Mitchell’s address on Thursday but said in an earlier statement that the Grenada government has to date either rejected or walked away from every effort by the Grenlec team to initiate and engage in meaningful reform negotiations.

“Instead, government elected to fundamentally scrap and unilaterally restructure virtually every aspect of the long-term contractual and legislative framework that government originally committed to respect when it privatised Grenlec by selling a 50% shareholding interest to GPP/WRB, plus an additional 40% shareholding to other private regional investors,” the company said.