Home » Letter: As the bus driver takes Venezuela back 300 years 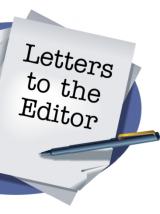 Letter: As the bus driver takes Venezuela back 300 years

Some 300 years ago the Caribbean and South and Latin Americas were riddled with communicable and mosquito-borne diseases. It took the gradual introduction of medicines and inoculations to eradicate those diseases.

Now today in Venezuela because of lack of all medication in the hospitals and clinics, and the manning of those facilities by underpaid Cuban doctors who do not want to be there, all those years of medical breakthroughs have been undone again.

CARACAS, VENEZUELA – Several layers of dirt cover the floor. Pigeons fly about the rooms and across dim hallways where at least half of the lights are out. Sadly, the spooky scene is not from some movie but from one of Venezuela’s main hospitals, the Clinical University Hospital of Caracas (HUC).

Crisis here runs so deep that in the first two weeks of March most surgeries had to be cancelled for lack of running water. Patients wait for months to get a procedure because the hospital and the entire country is increasingly out of basic medication and surgical supplies.

Triple digit inflation and a decaying socialist economic model have left medications ranging from simple anti-inflammatory drugs to chemotherapy medication out of reach for most Venezuelans. Patients are asked to bring their own. ~ Fox News

The problem is that patients cannot bring their own medication because the pharmacies are bare, empty.

Here are some of the things that are at crisis level and beyond at the moment.

Yellow fever and diphtheria, which has been reborn in the country also. Reuters documented the case of a nine-year-old girl, Eliannys Vivas, who died of diphtheria earlier this year after being misdiagnosed with asthma, in part because there were no instruments to examine her throat, and was shuttled around several run-down hospitals.

There were also 240,613 cases of malaria last year, up 76.4 percent compared with 2015, with most cases of the mosquito-borne disease reported in the rough-and-tumble Bolivar state.

All these diseases will spread to neighbouring countries and St Vincent and the Grenadines, which has one of bus driver Maduro’s part time conductors, Ralph Gonsalves, hopping in and out of Venezuela, Cuba and the US, helping with the spread of them.

Whilst the hospitals in Venezuela are in serious crisis, the hospital and clinics in St Vincent and the Grenadines are also in crisis. People are dying and there are grave shortages of medicines, drugs and dressings. Even specialist personnel at the St Vincent’s hospital are in crisis mode, where in some departments they are unable to operate properly because those technicians are not available.

A person coming from Venezuela with yellow fever or malaria in their blood, if bitten by a local mosquito, that same mosquito biting a Vincentian will be the start of a series of epidemics in SVG like we have never seen before.

We are being taken back 300 years on a bus ride to the past. I expect the Venezuelan embassy to put out some kind of crap disclaimer about what I have written. But remember they are appointed by the same bus company as Maduro, they are quite simply ticket collectors to be ignored.

Most travellers to Venezuela will need vaccinations for hepatitis A, typhoid fever, and yellow fever, as well as medications for travellers’ diarrhoea. Many will require malaria prophylaxis. Travellers should be sure they are fully immunized against measles. Other immunizations and medications may be necessary depending upon the circumstances of the trip and the medical history of the traveller, as discussed below. Insect repellents are recommended, in conjunction with other measures to prevent mosquito bites. All travellers should visit either a travel health clinic or their personal physician 4-8 weeks before departure.

Hepatitis A: Recommended for all travellers
Typhoid: For travellers who may eat or drink outside major restaurants and hotels
Yellow fever: Recommended, except for those visiting only the states of Falcón and Lara, the peninsular section of Paez Municipality in Zulia Province, Margarita Island, and the cities of Caracas and Valencia. For those travelling to the states of Aragua, Carabobo, Miranda, Vargas, and Yaracuy, and the Distrito Federal, recommended only for those at risk for a large number of mosquito bites.
Hepatitis B: Recommended for all travellers
Rabies: For travellers spending a lot of time outdoors, or at high risk for animal bites, or involved in any activities that might bring them into direct contact with bats
Measles and Rubella: Two doses of MMR vaccine recommended for all those born after 1956 and greater than 12 months of age if not previously given. Children between the ages of 6 and 11 months should be given a single dose of measles or MMR vaccine. Proof of immunization required for all Venezuelan nationals and foreign residents living in Venezuela, over the age of six months, who leave Venezuela and travel outside the Americas through international airports or ports. Though this only applies to Venezuelan nationals and foreign residents living in Venezuela, all travellers are encouraged to carry proof of measles and rubella immunization, to avoid delays.
Routine immunizations: All travellers should be up-to-date on tetanus-diphtheria, mumps, polio, and varicella immunizations. ~ Red Planet

Seeing that the ‘Reaper of Death” bus service from Venezuela now has a permanent bus stop and terminal at the Milton Cato Hospital in Kingstown, Vincentians take precautions and try and get medical help outside the country… ask your family in the Diaspora for help.

TAGCaribbean News Caribbean Radio News
Previous PostHurricane Irma turns westward with 120-mph winds Next PostCommentary: The PRG never intended that public servants in Grenada would be stranded with only an NIS pension