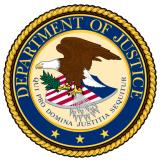 Martinez Maldonado, 48, of Carolina, Puerto Rico, and Bravo Fernandez, 62, of San Juan, were each convicted on Wednesday of federal program bribery.

According to evidence presented at trial, Martinez Maldonado was elected to the Puerto Rico Senate in 2004 and began serving a four-year term in January 2005. He was reelected in 2008. Beginning in 2005, Martinez Maldonado served as chairman of the Puerto Rico Public Safety Committee, exercising significant control over legislation related to security and community safety.

Bravo Fernandez was the president and chief executive officer of Ranger American, one of the largest private security firms in Puerto Rico.

The jury convicted the defendants for their role in a bribery scheme in which Bravo Fernandez provided Martinez Maldonado and Jorge de Castro Font, another former Puerto Rico senator, with a trip to Las Vegas to watch a championship boxing match between Winky Wright and Felix “Tito” Trinidad, a legendary Puerto Rican boxer, in exchange for the senators’ help with legislation favorable to Bravo Fernandez’s business interests.

Documents and evidence presented at trial showed that the trip to Las Vegas included first-class airfare; hotel rooms at the Mandalay Bay Resort and Casino; $1,000 tickets to the Trinidad vs. Wright boxing match; and meals, drinks and hotel rooms in Miami for the return trip.

On March 2, 2005, the day that Bravo Fernandez paid for the boxing tickets, Martinez Maldonado submitted one of the bills favorable to Bravo Fernandez for consideration by the Puerto Rico Senate.

The evidence at trial also showed that the hotel reservation was made the day after Martinez Maldonado presided over a Public Safety Committee hearing for one of the bills, and that, the day after the three men returned from their trip to Las Vegas, Martinez Maldonado and de Castro Font both cast their vote in support of one of Bravo Fernandez’s bills in the Senate.