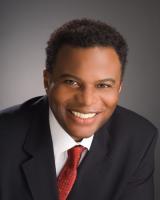 It seems the whole world is rubbernecking the “once-in-a-lifetime” floods that have tens of thousands of Texans fleeing their homes to seek temporary shelter in nearby venues.

But it seems the whole world is turning a blind eye to the day-to-day atrocities that have tens of thousands of Rohingyas fleeing their homes to seek permanent refuge in nearby countries.

Apropos of that blind eye, it just so happened that no less a person than President Trump mangled MLK’s famous proverb just days ago. Specifically, while reading prepared remarks on the tragedy white supremacists caused at their recent rally in Charlottesville, he said

When one citizen suffers an injustice, we all suffer together.

Granted, Trump is probably too stupid to appreciate the universality of this proverb. Not to mention that it damns his America First rhetoric.

Yet you’d be hard-pressed to hear even a mention of the genocidal crimes against Rohingyas on local or network TV news. Hell, these crimes haven’t even warranted a mention on the homepages of major news organizations, let alone the walls of social media. The BBC and Al Jazeera have always been notable exceptions.

Actually, I had to google “Rohingyas” to come across a report on the back pages of CNN’s website. That report included the following:

Thousands of Rohingya Muslims are fleeing their homes in Myanmar [a.k.a. Burma] and seeking refuge in Bangladesh. They’re escaping government ‘clearance operations.’ …

‘Based on the (Myanmar) army’s consistent response in the last couple of months, we know that they have committed mass killings, mass gang rape, (and) razed (Rohingya) villages. Reports of them opening fire on civilians is certainly plausible,’ [Matthew Smith, a founder and Chief Executive Officer of human rights group Fortify Rights told CNN].

For a gut check on your own regard for that MLK proverb, ask yourself to what extent the plight of Rohingyas had entered your consciousness before reading about it here today.

Alas, just as Trump has normalized insults, lies, and Twitter rants against political opponents, Myanmar has normalized bigotry, rapes, and mass murder against Rohingyas. And the disheartening irony is that it has done so with Aung San Suu Kyi, the Nobel Peace Prize-winning human-rights activist, presiding as de facto president.

Not to mention that it’s debatable whether Buddhist monks or government forces are perpetrating the worst crimes against the Rohingyas. But I have decried the shocking and appalling inconsistency inherent in Buddhist monks behaving more like ISIS jihadists in a number of commentaries, including rather pointedly two years ago in “Buddhists religiously cleansing Myanmar of Muslims,” May 13, 2015.

Still, for some of us, that others are turning a blind eye is no reason to ignore their plight. Indeed, my weblog is replete with commentaries sounding admittedly forlorn alarms about their suffering. For example, I was moved just months ago to publish “Aung San Suu Kyi Lording Over Myanmar’s Crimes Against Humanity,” March 10, 2017, which includes the following rebuke:

No doubt this stems primarily from your lack of interest. But it also stems from a double standard in media coverage, which can be explained in one name: Aung San Suu Kyi…

My God, my God, why have you forsaken them?
You promised the meek shall inherit the earth.
But, at this rate, none will be left to do so …

Incidentally, African and Syrian migrants are still turning the Mediterranean Sea into a cemetery. It seems the entire world was rubbernecking their death throes two years ago – as war and all manner of pestilence forced them to flee their homes to seek permanent refuge in Europe.

But then it seems that, on a whim, the entire world began rubbernecking another natural disaster, Donald J. Trump. Even so, some of us continued sounding alarms about their ongoing plight – as “Truth about Viral Image of (Another) Syrian Boy,” August 24, 2016, attests.

Enough said; for to comment any further would be tantamount to beating a dead horse, even for me.

Except that I apparently rubbed many Americans the wrong way by urging readers – in my August 28 commentary on Hurricane Harvey – to maintain some perspective. I cited the fact that such floods have become as commonplace as mass shootings, noting the “historic” floods in California earlier this year that went virtually unnoticed.

Not to mention that, affirming the notable exception I referenced above, the BBC found space on its homepage today to feature a report under the provocative heading “Is there too much focus on Storm Harvey” – complete with this subheading: “Houston floods, but what about all the other disasters?”

In any event, I assured readers that, as historic as the floods in Texas might be, America has the resources to limit loss of life. Sure enough, Harvey’s floods have only killed a comparatively small number of 21, and I suspect even those were easily preventable.

On that defensive note, I hereby ask the following:

As you consider donating to help shelter relatively rich and temporarily displaced Texans, please allocate a portion of your donation to help save utterly poor and permanently displaced Rohingyas. Actually, why not spare a dime for the others affected by natural and man-made disasters: US Campaign for Burma, UN Refugee Agency.

*This commentary was originally published at The iPINIONS Journal on Wednesday, Aug 30

TAGCaribbean News Caribbean Radio News
Previous PostCommentary: The PRG never intended that public servants in Grenada would be stranded with only an NIS pension Next PostRelationships: We must remind ourselves to focus on the good... be thankful!