Home » Commentary: A proposed road map for the government in the Great North of Haiti 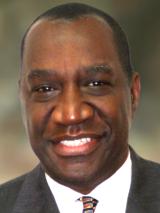 The Great North of Haiti that includes the North, the North East and the North West has been the theater of most of the battles two centuries ago leading to the liberation of the slaves of St Domingue, creating Haiti, the first black republic and facilitating the end of slavery in the world.

I am proposing in this essay for the stakeholders to share their knowledge in measure to adapt and mitigate the challenges due to climate change in the tourism sector so as to prevent major economic and environmental upheavals for the population in the Great North of Haiti.

Historically, the Great North of Haiti has always seen itself as one geographical entity; putting the three catchments areas together to plan the future makes sense to the environment and to the population.

Culturally, the Great North of Haiti during most part of the summer shares a series of cultural-religious festivals that draw a number of pilgrims from one town to another that could become a caravan of wealth creation for the service purveyors.

Yet the inter-connectivity of the three departments suffers in terms of infrastructure, electricity, water and hospitality. This essay should lead to further collaboration, structure and caucus that will put together the government, civil society, the university and the experts in the tourism and business sector to design a definitive roadmap to put the Great North on the road where it will profit not only of its proximity to the Dominican Republic and to Cuba but also serve as a hub for the economic development of the entire country.

There are some antecedents to this concept, the Artibonite and the Center departments have benefited of funding from the European Union to design a corridor of economic activity that links the different cities together across the geographical borderline of one department.

The Northern part of Haiti suffers from a lack of infrastructure that impedes its development. Aside from the corridor Ouanaminthe – Cape Haitian there are very few excellent paved roads leading from one city to another. This essay will look into the entire region to propose to the government direction and directives that will spur the development of the region as a whole.

It fits into the public policy platform by the Jovenel/Lafontant government of mobilizing all the different ministries, bringing their resources together to concentrate on one region and as such filling the accumulated deficit of 60 years that impedes the economic development of the country.

Starting with the North West, the government has just invested in a power plant that could introduce electricity to the entire region. We will look into transforming this energy into a vehicle for wealth creation. The island of Latortue, as well as the Far West region of Mole St Nicholas/Bombardopolis and Jean Rabel, constitutes neglected areas where there are very few state interventions. Their proximity to Cuba should interest the government to transform this part of Haiti into a free zone comparable to Ouanaminthe/Dajabon in the North East.

On the other side of the department, St Louis and Anse a Foleur, close to the North Department, should be linked with a paved road from Le Borgne, making Cape Haitian and Port de Paix an easy ride avoiding the mountain road of Pilboreau leading to Gonaives and then to Port de Paix.

The North of Haiti, in spite of its glorious past, constitutes the poorest region of the country not only in terms of infrastructure but also in terms of gross income of the citizens. There were very few major governmental investments aside from the Cape Haitian airport, albeit an ill conceived one, not prepared for a future tourism boom.

The biggest problem of Cape Haitian is waste management. Its sewers are clogged beyond measure with sediment and discharge water that should have been treated before its exit to the sea. It is also overpopulated with its internal migrant population occupying now the mountains that should be reserved for protected areas.

Cape Haitian which is comparable in architectural jewel and legacy to Old San Juan or to New Orleans has a great future in touristic development; it must first clean its act and become hygiene friendly. The five thousand tourists who visit Labadie weekly represent a natural market for the citizens of Cape Haitian.

Grande Riviere, the second town of the north of Haiti, once a flourishing city is now a ghost town plagued by violence from political clans that feed on the misery and the poverty of the population. It has an asset that is unusual for the region. The government has built in Grande Riviere one of the biggest markets of the republic after the Hyppolite Market of Port au Prince.

Will there be support to transform this market into a vehicle for wealth creation, rendering the city of Grande Riviere a free zone where merchants from the Dominican Republic, Cuba and Haiti will join together to exchange products make money, enrich themselves and the state? High level policy planning must directed towards putting in value this extraordinary instrument.

Grande Riviere, being the birthplace of Haiti’s founding father, Jean Jacques Dessalines, as well as Haiti’s preferred uncle, Jean Price Mars, must be put in the tourist circuit whereby the tourists that visit Milot and the Citadel can also branch off into Grande Riviere for the slavery journey path.

The North of Haiti is privileged to have some vibrant cities such as Limbe, St Raphael, Borgne, Port Margot, Milot, with the Citadels and Henry Christophe palace, La Plaine du Nord, Pignon. Other cities like Dondon, Bahon (except on Wednesday) Plaisance, Pilate, La Victoire, Ranquitte are dormant cities. This caucus should look into how to make those cities vibrant ones.

The North East part of Haiti represents the growth area of the region because of Caracol and its industrial park, the 24 hour electricity in some major cities such as Trou, Limonade, Terrier Rouge and Ferrier. The bilateral market of Dajabon / Ounaminthe represents an economic force with repercussions as far as the southern part of the country. People living aux Cayes do not hesitate to travel 300 kilometers all the way up to Ouanaminthe to shop at the bilateral market of the Haitian Dominican border.

The Limonade King Henry Public University, albeit in crisis, is a potential resource instrument that, if well managed, could also serve well the region.

In conclusion, this essay looks at the region as a whole, seeking the potentiality of each catchment areas and suggesting to the caravan designed by the government how to make an impact that will benefit the population on a long term basis.

TAGCaribbean News Caribbean Radio News
Previous PostCommentary: Guatemala political corruption: Impunity starched out by reform Next PostCommentary: The View from Europe: Is Mexico about to deepen its regional relations?